Get Your Lazy Buttocks OFF the Leadership Couch 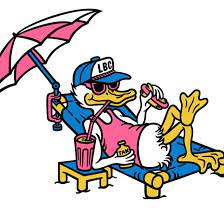 Leaders… we all need them, and maybe you are one… but one common challenge leaders face is the challenge of including those they lead in the work they are a part of.  For many leaders, it’s so tempting to just “do it myself.”   Ignoring the fact, as I said before, that we’re better, more effective, more affective and over all just get more results as a group, than we could expect from the simple sum total of our individual energies and resources.  I mentioned the  “7 Deadly Sins That Kill Synergy”… They are:

I think it’s ironic that I’m picking this post back up after a couple of months to talk about the next “deadly sin”… SLOTH!  Mind you, I haven’t been just laying around the house all the time, munching on bon bons and watching reruns of “Dancing With The Stars”.  I’ve been busy with work, with my family, with church, and with about 5 other side projects.  But I’ve had my share of SLOTHFULNESS, or “laziness” in this lifetime.  Much of that “lazy time” was applied to those times when I should have been working to help others or work with others in a team capacity.

Why, I wonder?  After all, I was going to be working with other people, so MY share of the work would be less, so I ought to be able to pour of myself into my smaller piece of the pie, right?  Not so, grasshopper! Didn’t happen!  So the question begs to be answered, “Why not?”

As I scan back across the littered trail of my laziness with teams, I would say there are several reasons.  First, sometimes working with the team genuinely is more effort than just doing it by myself.  Working with the group requires more communication, more coordination, more preparation by thoughtfully determining WHO does WHAT.  Just let me do it, and I’ll let you all know when it’s done!

Another reason I’m lazy is that I just don’t have the energy for the drama.  Working with a team can suck the life right out of the leader.  Infighting on the team, strong opinions, turf wars over resources- all are issues over tension in the life of the leader that take a lot, and I mean A LOT of work.  I won’t be nearly as spent at the end of the project if I just do it ALL… ALONE.

Finally, and this may be the biggest reason for my laziness, is regarding building the team itself.   If someone else gets to build the team and then dump it on me to lead, I am not motivated at all about leading this group of draftees.  They may be great people, but they aren’t MY people.  Can you sense the passion and dynamism just bubbling out of me?!

Then there’s the flip side- I DO get to enlist my team.  Now, this is obviously the better of those two scenarios, but again, it’s not an easy task.  Building a great team requires the artistic flair of Michaelangelo, the endurance of Lance Armstrong, the sensitivity of Mother Teresa and the wisdom of Solomon.  There are conflicting leadership styles and work ethics among team members.  There are personality clashes and power struggles to deal with.  Add to this mess the need for determining job descriptions, clarifying expectations, evaluation, conflict resolution, resource and asset management, schedules and about a thousand other things, and again it becomes overwhelmingly obvious why many leaders, me included, have opted to fly solo rather than sail with the team.

So why bother with the team?  Is laziness in this area really all that bad?  YES. IT IS.  It’s been said of love, “At the end of your life, it won’t matter how many have loved you, but how many you have loved.”  I believe the same is true of leadership, and the synergy of working with the team.  Your truest success is not measured in how many projects you’ve single handedly completed, or solo projects you’ve breezed through.  Eleanor Roosevelt said, “A good leader inspires people to have confidence in the leader; a great leader inspires people to have confidence in themselves.”  That’s what being a leader is… Creating the future by working teams in the NOW, and challenging and leading teams NOW, preparing them for the FUTURE.

Yes, it’s hard work, and there can be way more drama than you want to deal with.  Yes, it might even be easier to do it yourself, alone.  But avoiding the lazy, slothful route will pay off huge dividends in the future.  Commit to yourself and to the teams that you lead that no matter how tough it gets, the synergy that comes from working together is and always will be worth more than the price you’ll pay.

Still not convinced?  Then I’ll leave you with this exercise… think back across your own development as a leader.  If your mentors and guides had been lazy in their approach to influencing or involving you, where would YOU be today, and what would YOUR leadership quotient look like?  Yeah, I thought so…  so don’t be lazy.