A Conservative Response to The Emperor’s New Clothing Defenders 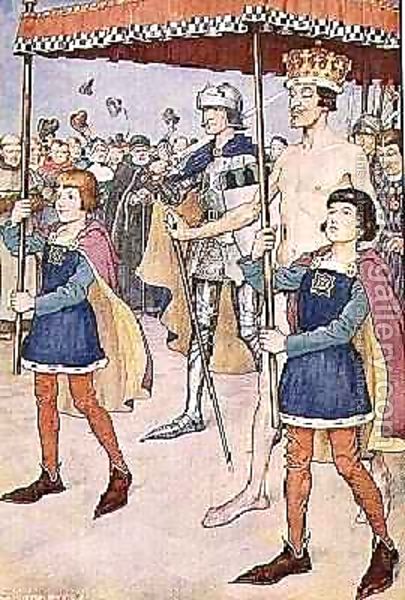 A recent article by a progressive group attempts to “debunk Republican lies”… It’s amazing to me how simpleminded some of these people are.  Here is my intelligent and informed response to their lunacy.  The First statement and paragraph on each issue belong to the dorks writing the article.  My response with facts and sources follow… their total shame and embarrassment should come after each of my rebuttals.  My remarks are those in italics.

Obama has been the biggest spending President in history!  FALSE.  Year to year spending increases have been less than 1%.  They’re also at their lowest rate of year to year increases since Eisenhower.

Obama has spent more than all other Presidents in history!  FALSE. On January 20, 2009 our national debt was $10.6 trillion, today it’s $16.7 trillion—for a $6.1 trillion increase.  For the mathematically challenged, $6.1 trillion is less than $10.6 trillion.  This also doesn’t factor in the money spent in 2009, which gets tagged to President Obama, was actually passed by Bush.

*This also doesn’t take into account much of the cost of both the Iraq and Afghanistan wars had not been put on our books by the Bush administration.

Obama is a Muslim!  FALSE. You’re an idiot and I’m not even going to explain why.

INTELLIGENT AND INFORMED REPUBLICAN RESPONSE-  There is no proof that he is a Muslim.  There is significant documentation that his family members, close friends and associates have been and are Muslim.  Evidence also shows that he has shown great deference to Muslim regimes over Jewish and Christian regimes.

Obama isn’t an American!  FALSE.  See above.
INTELLIGENT AND INFORMED REPUBLICAN RESPONSE- There is a birth certificate that states that Obama was born in a hospital in Hawaii.  Obama refused to provide a copy of his birth certificate for three years, and there continue to be legitimate document inaccuracies that call into question at least the process, if not the actual birth certificate.

Obama is a Communist/Socialist/Fascist!  FALSE.  They’re all different—it’s impossible to be all 3.  Then with stocks setting new records, having their best 10 day stretch since 1996, and increasing by more than 100% since their lows in 2009…he would be the worst Communist, Socialist or Fascist that has ever existed.

1.       The definition of Socialism- “a political and economic theory of social organization that advocates that the means of production, distribution, and exchange should be owned or regulated by the community as a whole.”  A Socialist would be someone who advocates these beliefs.   Obama actually has proved that he believes this by forcing through a democratic controlled congress taking over 1/6 of the US Economy through ObamaCare… just because he hasn’t taken over the entire economy doesn’t mean he isn’t working on it.

2.       The argument about stocks leaves out a fundamental reason for this growth called “quantitative easing”… basically, the government prints money without the gold to back it up… throwing more money into the system, causing stocks to rise, but at the same time devaluing the dollar.

Obama is always on vacation!  FALSE.  President Obama took 131 vacation days in his first 4 years in office.  That puts him on pace for 262 days during 8 years in the White House.  By contrast Bush took 1,020 days (including a 5-week vacation–the longest by any President in nearly 4 decades), and Reagan took 484 days.  Once again for the mathematically challenged, Obama is on pace to take fewer vacations than both Ronald Reagan and George W. Bush.

INTELLIGENT AND INFORMED REPUBLICAN RESPONSE- Bush did in fact WAY more days of vacation than Obama did. However, Michelle Obama’s lavish vacations, taking with her hundreds of staffers and going on vacation without her husband, hide the waste of taxpayer dollars by showing only vacations Obama has taken.

I’ve seen the rebuttal to these numbers, so I’ll squash it right now before moving on:

Those jobs numbers are a lie!  No, they’re from the same source which Republicans have used to saddle Obama’s job losses (from his first year in office… and only his first year).  So you can’t use a source to support your argument, then ignore that very same source when it no longer supports what you want to believe.

INTELLIGENT AND INFORMED REPUBLICAN RESPONSE-  I used numbers that came from the DOL… now, since Obama has been in office, I will concur that his administration has abused that office to falsify information from the DOL to make them look good, most recently during the last presidential campaign.

Unemployment is at record highs!  FALSE.  Unemployment hit a high during November 2009 of 10%, it’s now at 7.7%.    I can already hear the Republican rebuttal to this one as well, “But that doesn’t include the people who have stopped looking for work!”  I hate to burst your bubble, but the unemployment rate never includes those who have given up looking for work.  This isn’t a shift in what defines our unemployment rate, this is how it has been calculated for quite some time.

Fun history lesson:  When Reagan took office, unemployment was at 7.5%.  Within his first 18 months in office unemployment shot all the way up to 10.8%.
INTELLIGENT AND INFORMED REPUBLICAN RESPONSE-  Although the numbers of those who have stopped looking for work has never included those who stopped looking for work, never in the history of our country have so many given up looking for work.  That is primarily because of two reasons.  First, unemployment benefits were stretched out for so long, many people got accustomed to being on the government dole and just decided it was easier to live in poverty as a benefit of a welfare state than go look for a job.  (in 49 states, unemployment benefits go from 40 to 73 weeks).  Second, the facts from the Bureau of Labor Statistics show that employment to population rate in 2007 was 63%, whereas currently that number is around 58.6%, noting that 4.4 of the population has just stopped looking for work, bringing our true unemployment rate from 7% where the Obama administration says it is, up to an honest and accurate number of 11.4% unemployment.

Obamacare is unconstitutional!  FALSE.  The Affordable Care Act was passed by Congress, signed by the President and the Supreme Court ruled that it was in fact Constitutional.

Obama wants to rule like a dictator, he’s the Executive orders President!  FALSE.  In his 4+ years, President Obama has issued 147 Executive orders, and is on pace to issue 288 by the end of his second term. By comparison, George W. Bush issued 291 Executive orders while in office and Ronald Reagan signed 381 during his 8 years in the White House. President Obama is on pace to issue fewer Executive orders than both George W. Bush and Ronald Reagan.
INTELLIGENT AND INFORMED REPUBLICAN RESPONSE-  ObamaCare is NOT unconstitutional.  We agree on that.  However, it was sold to the American people in a package that was unconstitutional.  We were told it was NOT a tax.  It was unconstitutional to force people to buy a product, it is NOT unconstitutional to tax.  Therefore, although it is true it is not constitutional, it is founded on a lie.   Also, what IS unconstitutional about ObamaCare has been it’s lack of implementation.  The president does not have the authority to rewrite or ignore law, which he has done by giving exemptions to the law to his political cronies, by delaying the business mandate, and then by changing the law to coincide with his lies of “if you like your plan/doctor, you can keep your plan/doctor… period.”  For the president to pick and choose which parts of the law he wants to enforce, change or ignore is absolutely unconstitutional.

Obama has been terrible for business!  FALSE.  Corporate profits are up 171% since President Obama took office and are at their highest levels, relative to the size of economic growth, since 1947.

INTELLIGENT AND INFORMED REPUBLICAN RESPONSE- See notes on “quantitative easing” above.  That being said, he has NOT been good for businesses, especially small business.  Unnecessary regulations, lack of support, prejudicial favor to big businesses that support his ideology, unfair and unbalanced support of unions versus business are only a few of the examples of his negative impact on business.

INTELLIGENT AND INFORMED REPUBLICAN RESPONSE- First and most importantly, let me emphatically say OBAMA DID NOT ADD ANY MILLIONAIRES.  They made their own money, regardless of his idiotic statement of “You didn’t build that.”   The growth rate in that class of people has actually SLOWED under the Obama administration, not grown.

Obama is out to take away our Second Amendment rights!  FALSE.  Well, not anymore than Ronald Reagan or George W. Bush wanted to.  He wants to put back in place the assault weapons ban that was supported by Reagan and Bush that expired in 2004.  He also wants to limit magazine size to 10 rounds and require universal background checks for all gun purchases–something that is overwhelmingly supported by most Americans, regardless of political affiliation.

INTELLIGENT AND INFORMED REPUBLICAN RESPONSE-   The Obama administration would like to deal with gun violence by imposing new laws that affect normal gun owners, rather than deal with the root of the problems, and those are the failure of this administration to work on the problem of the demise of the family and its policies on dealing with violent offenders.    From this source in the Washington Times, “John Lott, who has conducted extensive research on the link between gun laws and crime rates, said he has examined 13 kinds of gun-control laws, but one that stands out as reducing crime is concealed-carry.

I’ll stop there.  I could have continued, but I’d risk going into fringe stories such as microchips and FEMA concentration camps that really don’t deserve anyone’s attention.

The point is, these statements comprise the vast majority of comments I read from Republicans, and they’re completely inaccurate.

INTELLIGENT AND INFORMED REPUBLICAN RESPONSE- You sir, are in ideologically driven idiot.

This is why political debate goes absolutely nowhere these days.  It’s hard to have rational discussion with people who are starting their argument based on complete lies.  Not only do they base their argument on these lies, they want these lies to be true.  Even when you present them with indisputable factual data that contradicts their beliefs, it makes absolutely no difference.

And therein lies the problem.  They’re suffering from cognitive dissonance.  Simply put, it’s where the brain creates it’s own reality when faced with two conflicting beliefs.  You see this often in abusive relationships.  One partner is abused, but wants to believe their partner loves them–because that’s what they’re told.  They then equate abuse to love and convince themselves that it’s okay, because they want to believe that the person abusing them actually does love them.  Their brain can’t comprehend the conflicting realities, so they create some alternate form of reality which justifies these conflicts.

INTELLIGENT AND INFORMED REPUBLICAN RESPONSE-  So anyone who disagrees with your warped and dishonest interpretation of the facts is a wife beater?  You sir, are an idiot, and you are the one suffering from cognitive dissonance…

INTELLIGENT AND INFORMED REPUBLICAN RESPONSE-  History has already shown that people who are the ilk of Abraham Lincoln and Ronald Reagan are remembered as great men who changed this country and the world to be a better place… and that men like Jimmy Carter and Barack Obama are fools that leave a wake of ideological destruction in their path.  I choose conservative leaders because their track records prove they can and will make our world and country a better place.