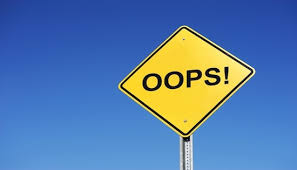 At a Golden Globes event in recent years, one Golden Globe winner was Dan Goor. He is a co-creator of the comedy series “Brooklyn 99”, starring Adam Sandler.  During his awards acceptance speech, he closed his remarks with this “hilarious” remark:

“I’d like to thank my wife and two kids, even the 2 1/2-year-old who is a nightmare. And I almost went to med school, I decided to do this. [Pointing at the award] This is way better, way better than saving a human life. Thank you.”

I’m sure that Goor was joking.  I’m also sure he thought what he said was so sarcastic, so outrageous that everyone would know he was joking.

Trouble with that line of thinking is this… it doesn’t matter.  It doesn’t matter that he thinks people should have known he was joking, and that of course he didn’t mean that remark to communicate a totally abhorrent value, that winning a TV award was more valuable than saving lives.  It doesn’t matter, because what he said was just too much.  Just. Too. Much.

He had more than enough time to think through his remarks and prepare what he would say.  Evidently, being outlandish was what he wanted to communicate.  That remark overshadowed the comedy value of the show, and the love and thankfulness he expressed to his family.

Your words are powerful.  Like it or  not, they can stain you now and steal your reputation in the future.

Your words have meaning.  Sarcasm is not a universal escape hatch for being a moron.

Your words have staying power. Things you say have a way of imprinting themselves on the hearts and minds of both our enemies and our friends.  Both can come back to haunt us.

Hey Dan… the next award you get, choose your words more thoughtfully.

The life you save may be that of your future career.