Fear or Ghost? It’s Up To You 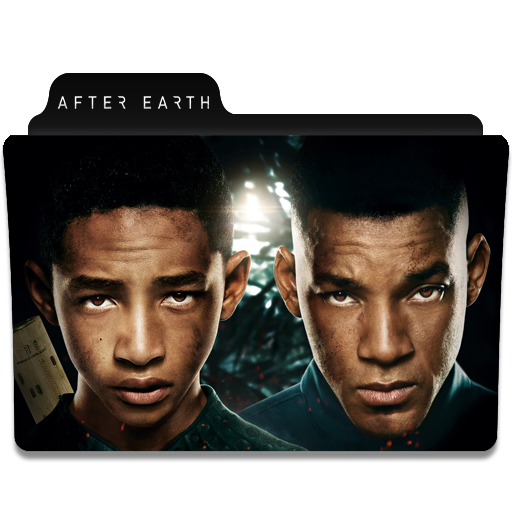 Life races by at such a break neck speed, sometimes we need something out of our control to slow us down.  Take the weather for instance.  After a recent bout of both snow and ice, there wasn’t much to do but slow down.  During our recent winter weather mess, I found myself flipping aimlessly through the movie listing for something to watch.  “After Earth” with Will Smith was where I landed.  Nothing like a little mindless sci-fi to dissipate my irritation at not being able to do the things I wanted to do.  I don’t do many “father/son” movies since my Dad passed away… I usually end up a blubbering mess, but I thought “Hey, it’s sci-fi!  It will be OK!”.

The story line is about a father and his son, Cypher and Kitai Raige, who are marooned on Earth many years after it had been abandoned by humans.  The planet has evolved into a dangerous ecosystem, and is made more dangerous by vicious creature that had escaped from the ship they had crash landed.  Will Smith’s son, both in the movie and in real life, was tasked with a cross country jaunt to retrieve an emergency beacon from a distant part of their destroyed ship, so they could call call for help.  Smith’s father figure in the movie is injured, and so their survival depends upon the son.

The most significant portion of the story centers around the creature that had escaped from their ship.  The blind from birth creature is a vicious predator, and hunts it’s prey by sensing the pheremones given off when a person shows fear.  Only when a person was able to set aside their fear were they able to be invisible or “ghost” themselves to the creature.  “Ghosting” truly is the only way to defeat the monster. Before the boy leaves on his life and death journey, his father speaks.   “Fear is not real. The only place that fear can exist is in our thoughts of the future.”  He goes on to explain the true essence of fear. “It is a product of our imagination, causing us to fear things that do not at present and may not ever exist. That is near insanity. Do not misunderstand me danger is very real but fear is a choice.”

Fear- it paralyzes us, and yet causes us to lash out.  Panic about what might be, destroyer of what might have been.  Fear pretends to console when it truth it consumes.  Fear is a self-inflicted wound that we strike against our own soul, over and over again.  Fear is a choice.

But why would we choose fear?  In the movie, young Katai had witnessed the same monster kill his older sister.  In the years after, Katai faced daily the fear of his father’s disappointment in him.  Katai was haunted daily by the fear that his father had no respect for him because Katai failed to protect his sister.  Now Katai faced the fear of the known and the unknown, the fear of whether he was good enough, lucky enough or even believed in enough for the enormous task ahead.  In the end, the boy faces the monster… the monster of fear.  In that moment, he understands that fear IS a choice.  He ghosts.  He not only kills the creature, but he defeats his fear.

What are you afraid of?  Fearful past miseries may repeat themselves?

What are you afraid of? Disappointing those you respect or those you love?

What are you afraid of? The unknowns and uncertainties in life?

What are you afraid of? Fearful you aren’t good enough, lucky enough or believed in enough?

You have choices daily, to fear or not to fear.  I say the monster isn’t nearly as big and deadly as he thinks he is.  Let’s ghost.