Lust… it’s not just what you think it is… 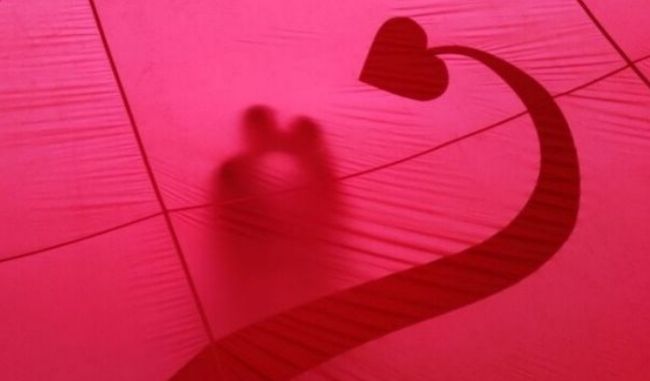 Lust… it’s not just what you think it is…

Henry Kissinger once said, “Power is the ultimate aphrodisiac.”  Before I go any farther, let me be the first to admit that it’s SO TOTALLY WRONG to put the words “Henry Kissinger” and “aphrodisiac” in the same sentence… not the best way visually to make a point… or is it?  Before you get a vision of famous diplomat in a nighty surrounded by candlelight, let’s step back into a not-so-revolting world of reality…  We’re talking teamwork… synergy…

I’ve been talking about the  “7 Deadly Sins That Kill Synergy”… They are:

Any organization that wants it’s teams to grow, thrive & produce at the highest possible level has to actively and consistently engage with the team members. of those teams knocking it out of the park.  When individual members of the team become “lustful”… wanting all the spotlight, all of the resources and all of the power and control of the project or event, then the group is in for some hard times!  This deadly sin of “lust” regarding synergy happens when individuals look at what roles or resources others have, and have an overwhelming desire to take those away from others and use them for their own gain or success.

It happens to some team members when they see someone else getting more ‘face time’ in front of the boss or client.  The individual begins searching for ways to put themselves into the spotlight when it’s not where they belong.  They interrupt conversations, schedule meetings that they shouldn’t, offer unsolicited input and even make decisions outside of their area of influence.  Left unchecked this person can damage not only their own reputation, but jeopardize the task at hand and the success of the venture.

From time to time a team member also loses their true focus, and starts lusting after someone else’s resources.  Instead of following the old adage, “Do the best where you are with what you have”, they look for ways to use, misuse or abuse the resources of other team members.  It may be personnel, finances, equipment a variety of other resources that are usurped, but one thing is sure… this individual cares less about the success of the event, and more about their own personal gain.  The defense used by these stuff grubbers when challenged on this behavior is typically, “But we’re all on the same team/project, right?  I thought it would be OK since it was all for the same cause?”.   Stuff grubbers rarely are bold enough to admit that they wanted it, so they took it.

Finally, there are some people who don’t really care about the spotlight or the resources… their addiction of choice is power.  They cast a longing eye towards the bosses chair or the managers desk name plate, and they want it BAD.  They are convinced that it’s power that is rightfully theirs, and truthfully all would be better, more efficient and more successful if people would just give away their power to this power hungry  individual.  They don’t want the influence and authority that they believe is beyond their ability to handle.  They are just convinced that those commodities truthfully should be theirs already, giving them perfect comfort to use any means necessary to get that power.  Jacques Maritain, in “The Democratic Charter,” Man and the State says, “Authority and power are two different things: power is the force by means of which you can oblige others to obey you. Authority is the right to direct and command, to be listened to or obeyed by others. Authority requests power. Power without authority is tyranny.”  What this power grubber doesn’t understand is that they lack power because they lack authority.

IT’S YOU… So what if you find out that YOU are the one dealing with a Lust problem that’s damaging the group?  It could be through your own observation that you spot this flaw.  It may be graphically brought to your attention by a boss or coworker.  But whatever the mode of communication, you know and you see that it’s YOU.  What do you do then?

Lust for the spotlight, for resources or for power can undermine or totally overwhelm any organization where it is allowed to operate.  The great news is that as a part of the team, you don’t have to let this happen… so get out there and stoke up the synergy of your group by helping to knock out this “deadly sin” of lust!